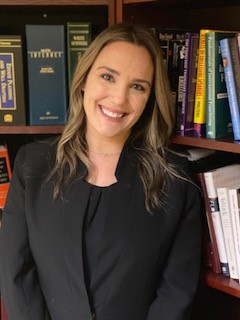 Megan D. Cabrera, Esq. graduated Siena College where she earned her Bachelors of Arts Degree in Political Science with a double minor in philosophy and finance. She graduated from New York Law School and was admitted to the New York State Bar Association. While in law school she completed internships with the New York State Department of Financial Services Office of General Counsel and the New York State Liquidation Bureau Litigation Department. She first joined DeSena and Sweeney in 2014 as a paralegal and was hired as an associated attorney after her bar admission. She concentrates her work in the area of automobile insurance defense litigation with a focus on substantive motion practice and Supplemental Under/Uninsured Arbitration litigation. She is presently focusing on appellate practice and federal court practice and looks forward to being admitted to the Eastern and Southern Districts of New York in the near future.