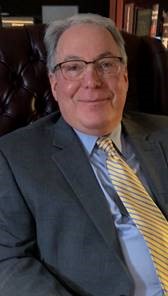 Robert P. Sweeney is the former Attorney of Record and Managing Attorney for the in-house counsel office for State Farm Insurance Company. This firm grew under his management to be one of the largest staff counsel offices in the insurance industry. He developed the firm from sixteen (16) lawyers handling routine discovery to fifty-six (56) lawyers trying cases in all New York venues and in Federal Court. Presently, he is a partner in DeSena & Sweeney, LLP. Mr. Sweeney has tried cases in the Supreme Courts, County Courts and District Courts in New York State as well as US District Courts for the Eastern District and in Bankruptcy Court. These cases involved auto accidents, copyright cases, premises liability matters, assault cases, and title dispute cases. He has prepared and argued appeals in the Appellate Division of the Supreme Court for the Second Department. Mr. Sweeney is admitted in the Eastern and Southern Districts of the United States District Court. He also serves as a regular pro-bono mediator on matters of insurance coverage, employment law, maritime claims and torts. He has served as chair of the American Bar Association's Auto Liability Committee, program chair of the Chicago Annual Meeting of the TIPS section for the Auto Liability Committee and has been a presentor at CLE programs for the American Bar Association and the Nassau County Bar Association. He has taught CLE at private companies such as PLI and has also been an instructor at New York Institute of Technology. Along with his partner, Louis DeSena, he has developed the firm of DeSena & Sweeney, LLP to a twenty two (22) attorney firm handling tort matters, insurance coverage litigation, negligence defense matters and trials, coverage issues and opinions, lead paint litigation, and UM/SUM cases in the five (5) boroughs of New York City, Nassau and Suffolk Counties, and throughout New York State.