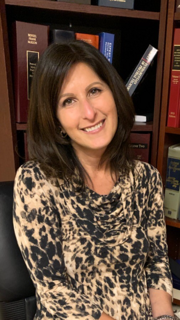 Linda Chetkof, Esq. graduated from New England School of Law cum laude and is a graduate of the State University of New York at Binghamton. She was admitted to the New York State Bar Association in 1993. She has been in the litigation field her entire career, initially with a plaintiff's firm and then as house counsel for State Farm Insurance Company for approximately ten (10) years. She joined DeSena & Sweeney, LLP in 2006. She handles complex premises and motor vehicle accident cases. She has tried numerous cases to verdict, involving both liability and damages in various Courts including Queens, Nassau and Suffolk Counties, and has handled many arbitrations and mediations. She has written and argued multiple motions in both the lower Courts and the Appellate Division.